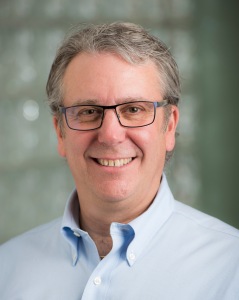 Dr. Douglas Cochen completed his undergraduate training at Queen’s University at Kingston, receiving a Bachelor of Arts degree in Life Science. He earned his Doctor of Medicine degree at the Royal College of Surgeons in Ireland and completed his residency training in Obstetrics and Gynecology at the University of Ottawa in 1997. He did a Gynecology Surgery Fellowship at the University of Ottawa before going into practice full-time at Queensway Carleton Hospital.
Dr. Cochen is a Lecturer in the Department of Obstetrics and Gynecology at the University of Ottawa. He is involved in resident education, and OSCE examinations. He is certified in Obstetrics and Gynecology by the Royal College of Physicians and Surgeons of Canada.
He served as President of the Medical Staff at Queensway Carleton Hospital from 2007-2009. In 2014 he became the inaugural Chief Medical Information Officer of Queensway Carleton Hospital and strives to improve care by facilitating adoption of technology.
Dr. Cochen participated in a pilot project with BORN Ontario to adapt the Ontario Antenatal record to the electronic environment and he volunteered as a member of the Enhanced Ontario Antenatal Record Work Group of the Provincial Council for Maternal and Child Health to update the Ontario Antenatal record.